A hard metaphor of the creative process

My name is Miguel García, and I am the Creative Director of Abylight Studios. Today, I would like to share how the additional content for Hyper Light Drifter – Special Edition was conceptualized and created.

Hyper Light Drifter is a 2D action role-playing game developed by Heart Machine. The game pays homage to 8-bit and 16-bit games, and is considered by its lead developer Alex Preston as a combination of The Legend of Zelda: A Link to the Past and Diablo.

The adaptation and publication of Hyper Light Drifter – Special Edition for Nintendo Switch was given to us, Abylight Studios – Spanish Publisher and Developer that started making games for Nintendo 14 years ago, even though our core team started off developing Nintendo games back in the 90’s. At any rate, we were all very excited to be presented with this opportunity. 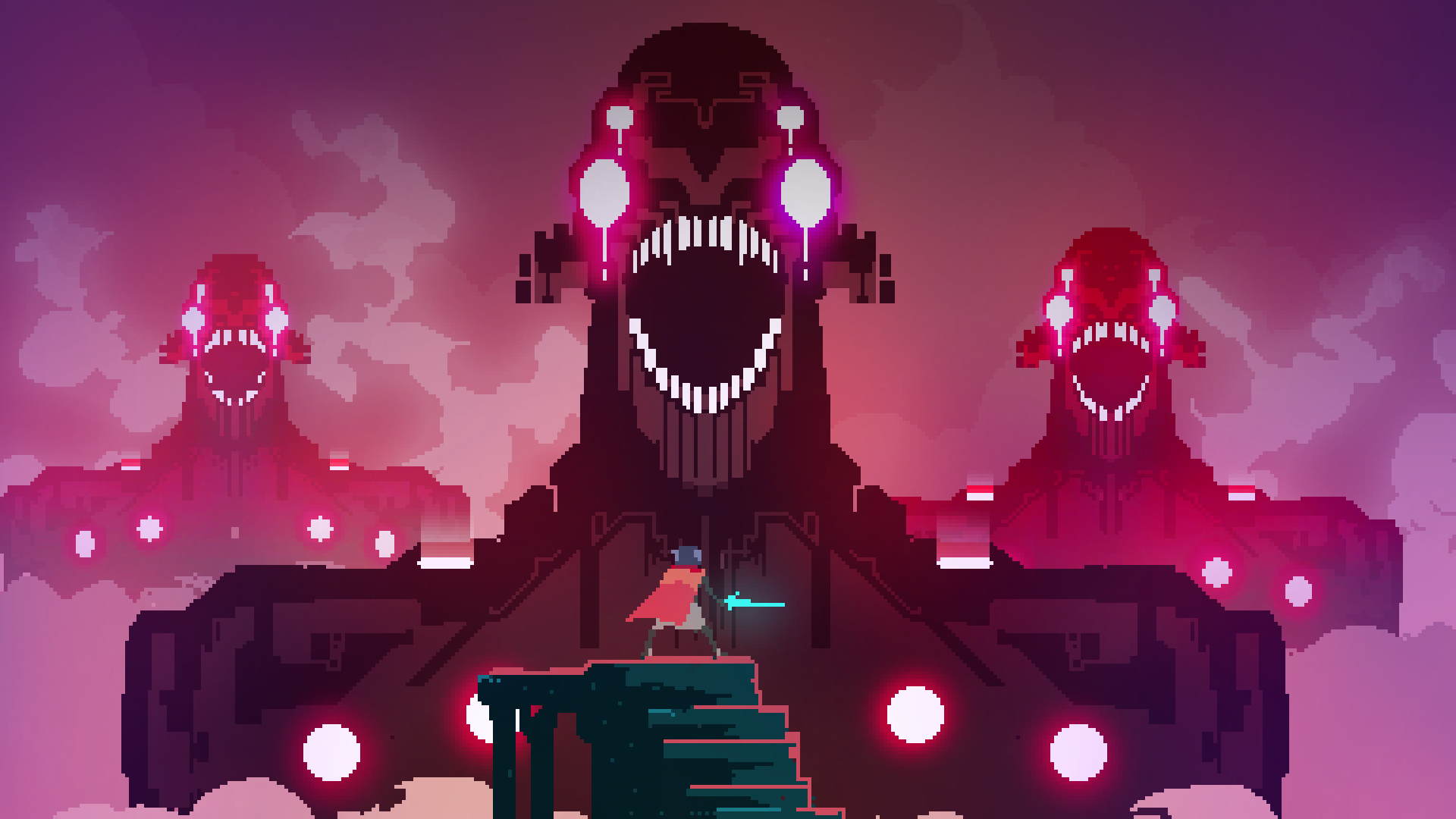 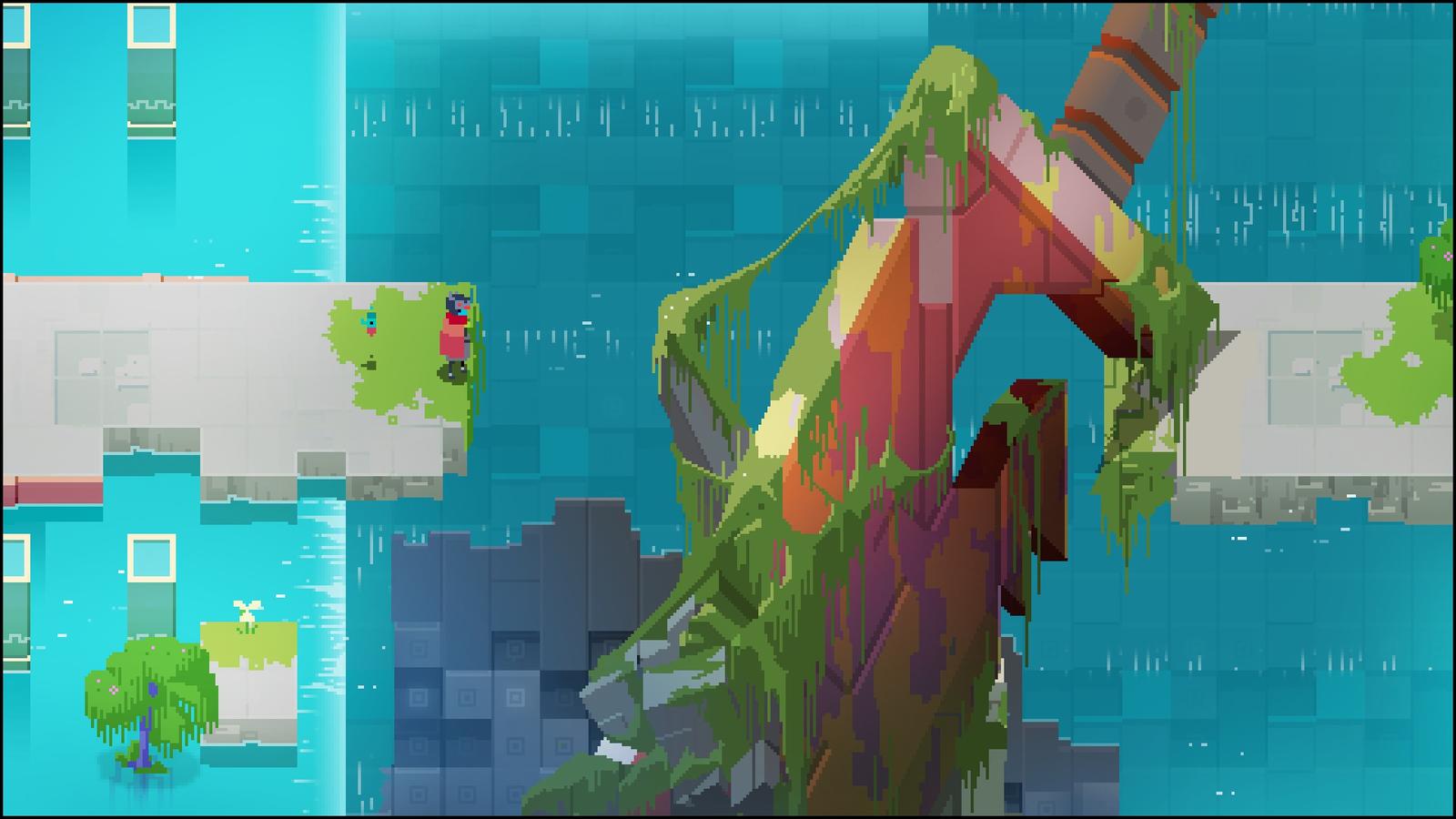 When I was first given the task to design the extra content for this great game, I knew it was not going to be an easy task. Hyper Light Drifter is a very symbolic game, where its music, atmosphere, and each pixel, all have a meaning that contribute to a bigger master plan. Since every single bit plays an important role, the extra content needed to be designed to fit perfectly.

Alex Preston had already green-lighted some weapons and new suits that the team had designed. We were having great results with the optimization of the project as we had the game running smoothly on the Nintendo Switch; playing it was simply amazing. The technical part was under control, we needed to work on the creative side and that’s when I took up the torch.

Because of the symbolism and motif was created throughout the game, the new area had to be meaningful, part of the trip, and instill something in the player. The hardest element of all was to use the original language. Hyper Light Drifter is a game that connects with the player in an almost unconscious way. When one plays, the environment tells much more than perceived at a simple glance and going through its world is a journey of internal transformation for the player. The essence of the game is intricate and precious, therefore incredibly challenging when faced with the creation of extra content. 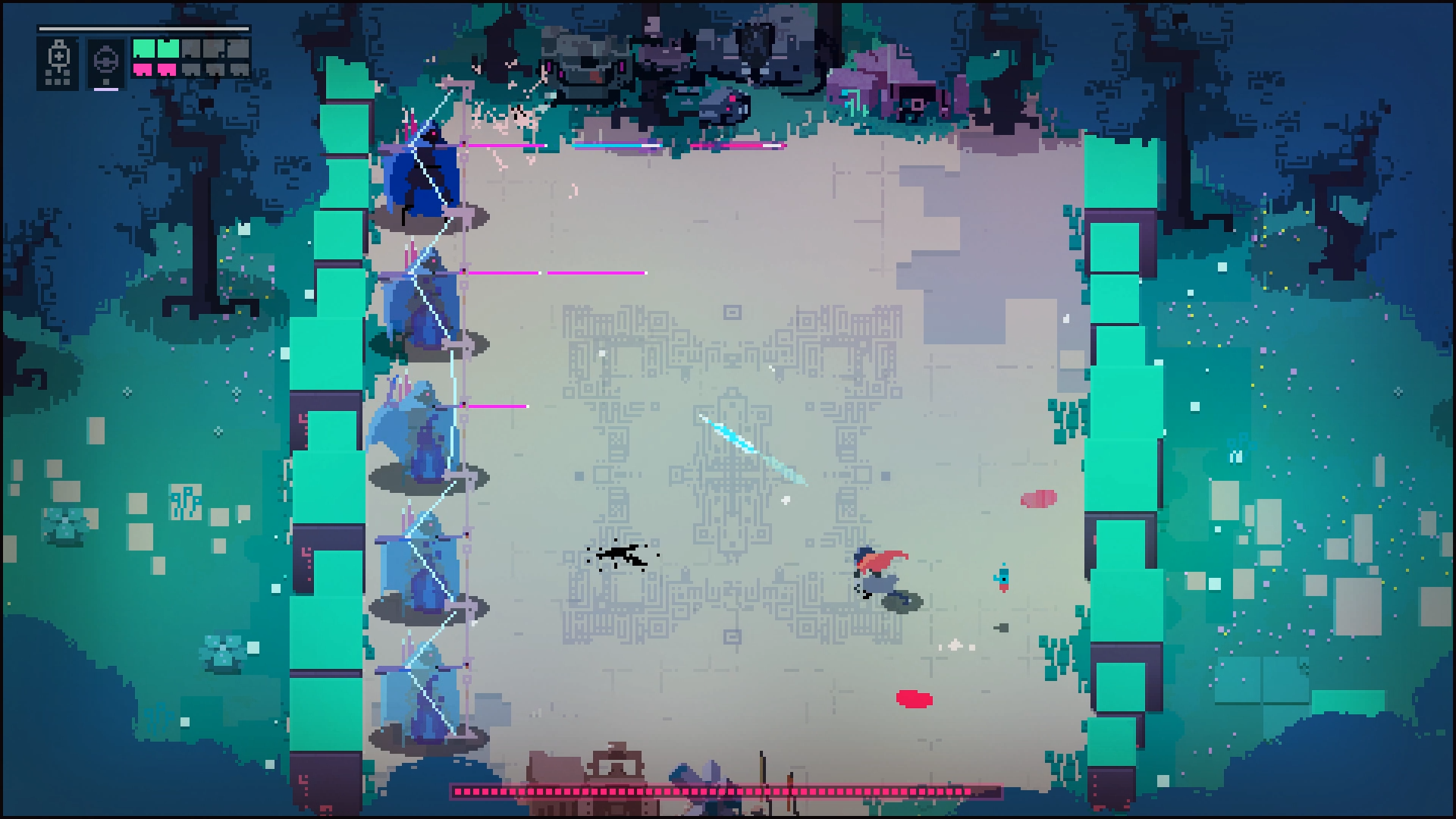 In our case, the idea of it all took its time to form. We had several brainstorming sessions, gave it several laps but nothing seemed to resonate with the right notes to fit the artistic symphony of the game. Time was passing and, to make matters worse, I had to travel to a video game event in Croatia (wonderful country). These trips can be rewarding, but not while you are facing a “writers block” so to speak.

I remember that while on the trip, I went to meetings and other obligations that felt completely wrong at that moment. My mind was in another world, fighting against dangers, exploring lost civilizations, immersed in the pure creative process. Those of you that have gone through a similar creative process know it can be very painful. The creation or creative process is very invasive because when you are in this state, the process invades your mind and the air you breathe. It takes control of your brain and you wake up thinking about the game, exactly where you left it when going to sleep. Some call it a creative birth and after each birth, a little bit of you goes with the game.

So there I was, in the middle of old Europe going through this difficult process when suddenly, the creative muse dawned on me: Instead of looking for the answers outside, I turned inside and began to capture in my notebook everything I was feeling during the creative process in the form of a new playing area. I channeled the Drifter to explore new areas immersed in the feeling of loneliness and wonder for the unknown.

SPOILER ALERT: Please do not read the following 3 paragraphs if you did not play the additional content yet. 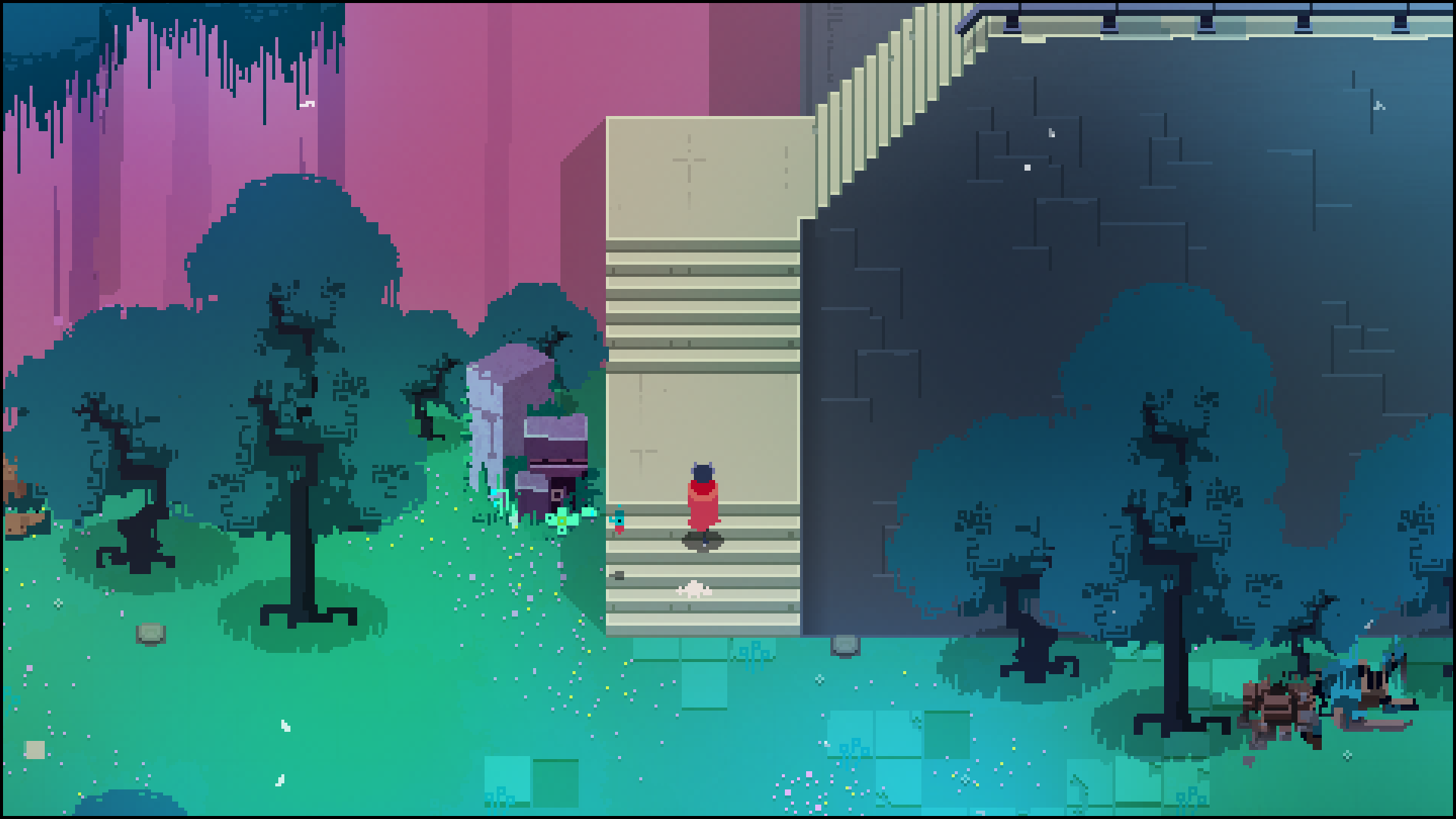 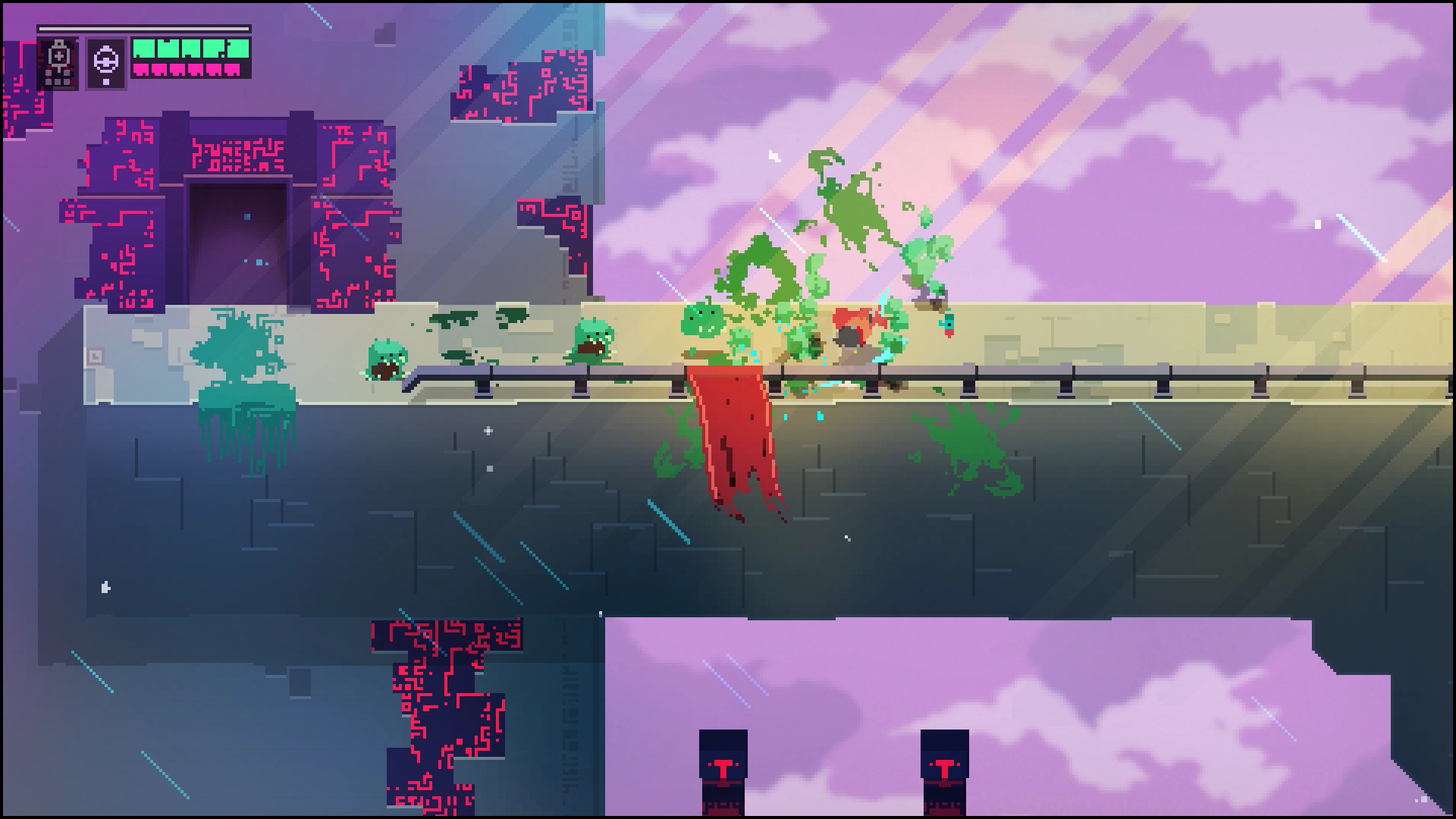 To me, as with the Drifter, everything starts with a search. The steps in the forest where nothing is what it seems, crossing some paths that seem to lead back to the initial position. After several attempts and sharpened perception, you reach and climb up a tall tower. At this point you know where you must go, even though it ain’t going to be easy. Lots of dangers plague the climb to the top. The Drifter must fight with all kinds of special enemies, middle bosses while avoiding traps and other deadly elements.

Later you reach the top exhausted and after discovering a surprise, everything seems to shake and collapse while you faint.  Now, Drifter and I become one. Waking up in your interior conscience, everything that seemed real has collapsed and as you go through yourself in this very small passage, you relax, putting everything in its place and realizing the dark truth: your greatest enemy is yourself. All the suffering and hardship are part of the lights and shadows of the creative process.

At the end of that small passage, the Drifter sees a dark version of himself, its worst enemy, but now you know it and you must defeat it. He confronts him and wins the battle. He is rewarded with a new powerful weapon and knowledge. Immediately, you feel completely different; the calm, the control surrounds you. You have faced the real enemy and came out stronger, even your mind is clearer. The straight path awaits in front of you, now you know you have the power to defeat anything. 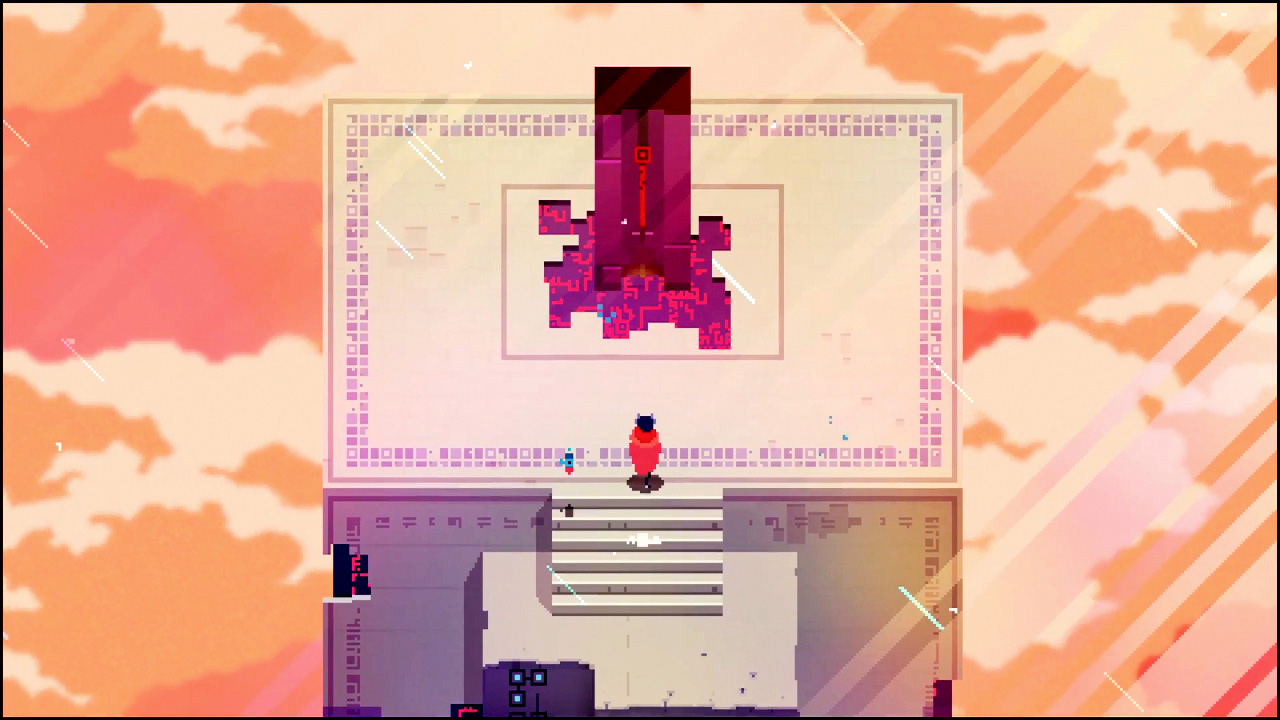 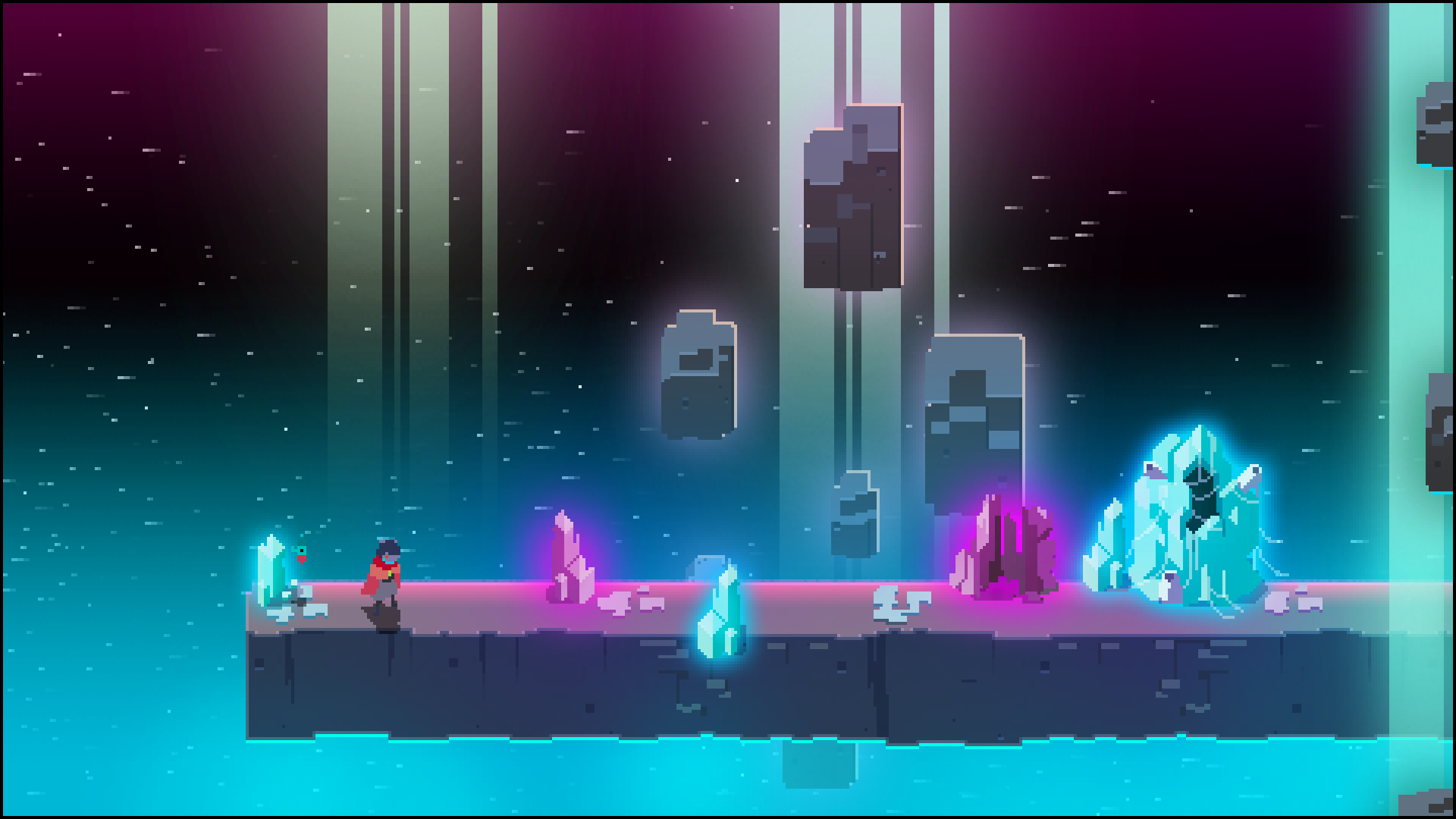 Hyper L ight Drifter – Special Edition was born and I can not be happier with the work done by the team. Very good reviews have made the Nintendo Switch version the best rated one in Metacritic of all the released so far.

I still feel a chill whenever I see someone playing the passages of the new area of Hyper Light Drifter because of its significance to me: a hard metaphor of the creative process. But as you already know, in this game, nothing is fixed, many things are not what they seem and the meaning depends on the eyes of the beholder.

Have you played the extra content of Hyper Light Drifter – Special Edition? What does it mean to you? 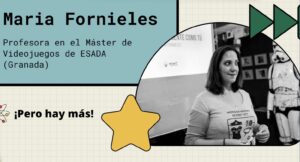 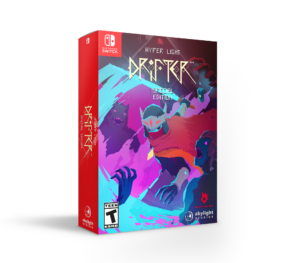 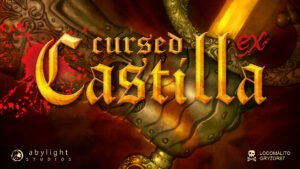 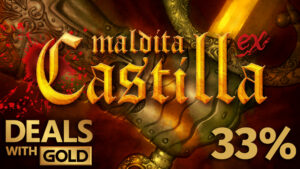 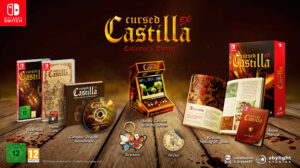